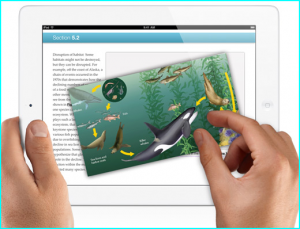 I’m thinking it’s time to fork up the $$$$ and buy an iPad. . . maybe. I’ve held off buying one, mainly because I seemed to be getting along just fine between my desktop, laptop, and iPhone.

I’ll admit to an attack of iPad envy last spring, on a trip to Europe. I opted to pay for a texting only plan to keep in touch with friends and family. Sometimes the texts went through, sometimes not.  My traveling companions with iPads, however, definitely had many more options for sharing their trip, ranging from filming, to snapshots, to email, to Skyping.

Yesterday was almost the tipping point.  With a Google Teacher Academy coming to California (Mountain View) in December, I was working on the last part of my application: a one-minute video. I teach in a PC district, and therefore use free, Windows-compatible video tools (MovieMaker and PhotoStory). I’ve resisted purchasing, for instance, Adobe Elements mainly because in the workshops I do for my district and region, I don’t want teachers to have to turn around and purchase software when they leave my workshops. But after watching a few teacher-created GTA application videos on YouTube, I was wishing I had access to the many nifty, full of bells ‘n whistles, incredibly professional looking templates that always come with any of Apple’s video creation tools.

The absolute tipping point for buying an iPad, however, will be finding at least 3 powerful apps for an adult English language learner. A friend recently returned from a trip to Africa. During her 3-week tour, she formed a friendship with a young man (Maasai), who would very much like to improve his English skills. She is sending him an iPad and would like to load it with a few apps for learning and practicing English.  Overwhelmed by the number of available apps, both free and fee-based, she asked me for some recommendations.

Can you recommend any apps for my friend to upload to the iPad? Once I have 3 recommendations, I’m heading the nearest Apple store and buying my first iPad.