This month, I will join hundreds of concerned citizens in the Sacramento area for the 3rd annual Women’s March. Each year, I have marched as a way to speak out for the rights of all women, but also as a tribute to my grandmother. 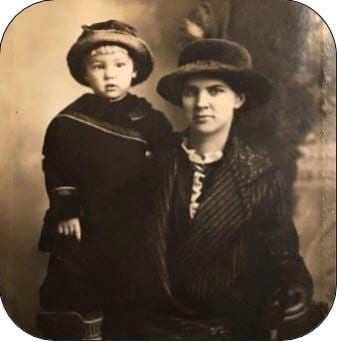 My grandmother and my father -circa 1911

My grandmother comes into my thoughts often, even though I was only 15 when I said my last good bye to her. She was a single mother, “widowed” in 1915, with few rights or benefits, including the right to vote.

In 1917, when the United States entered World War I, better employment opportunities were available for women, as they were now needed to fill the factory jobs. So my grandmother and father left their Sierra Foothills town of Murphys, California, and moved to Vallejo, where she worked/served as a yeoman at Mare Island Naval Ship yards. War years salaries for women were high enough that she was able to purchase the small house where she lived with my father until he graduated from high school and went off to college. Although my grandmother’s formal education ended in grade 4, she was forever an avid learner and planted that seed in my father.

Fifty+ years later, I continue to marvel at her strength, her unwavering kindness, her ability to live simply and to spread/exude acceptance of people with different beliefs and from all walks of life.

When I sit at my computer, I glance at my World War II Rosie the Riveter poster (a gift from a friend) that hangs above my desk and serves as a daily reminder of the ongoing struggles and accomplishments of working women. I think about my grandmother’s life, spanning two World Wars – a timeline of resilience and positivity.

A new picture now hangs beneath my Rosie poster, a moment captured from last January’s Women’s March by Sacramento artist Susan Silvester. Titled We the People, this picture is also a reminder that yes, we can do it. It was my grandmother’s generation that started women down the pathway to equal rights. Generations later, the Women’s March is a reminder to stay the course. 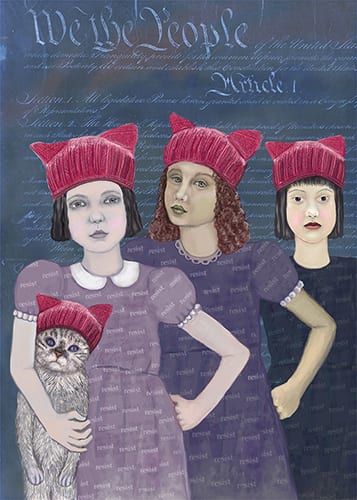 We the People – Susan Sylvester

On January 19, when I once again put on my pink pussy hat and head to the capitol to join “people of all backgrounds–– women, men and gender nonconforming people, young and old, of diverse faiths, differently abled, immigrants and indigenous … to march in solidarity, celebrating women’s rights as human rights,” I hope I make my grandmother proud. 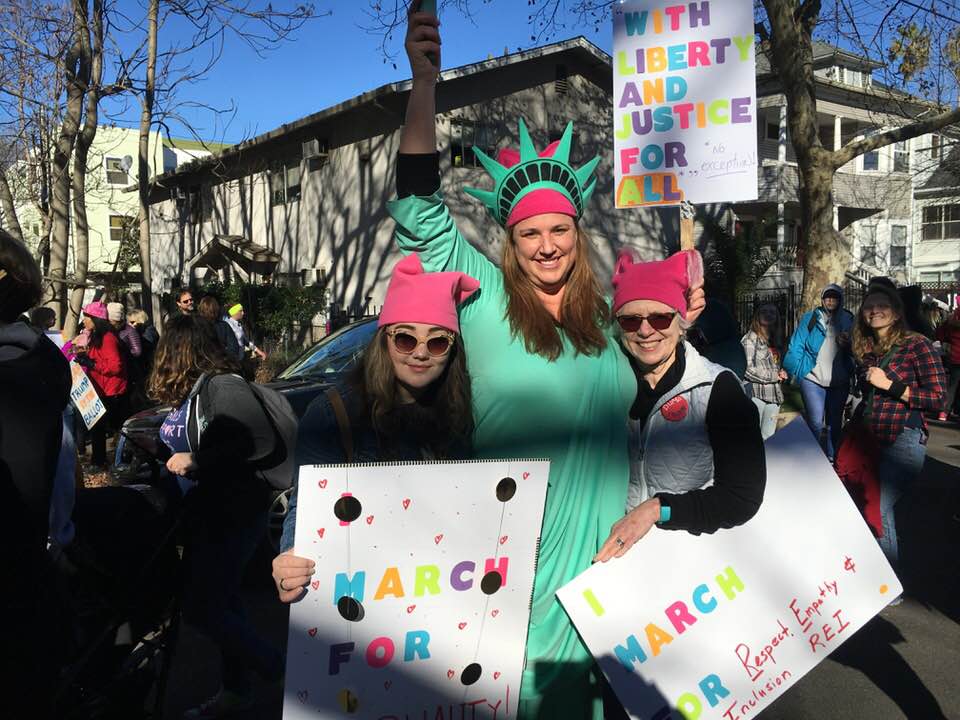