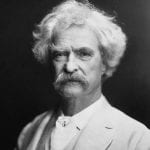 “A lie can travel halfway around the world while the truth is still putting its shoes on.”

Nope, the above quote is not from Mark Twain, despite being commonly attributed to him … and I admit – until just recently – to being one of the misquoters. For insight on how quotes become misquotes, I recommend Niraj Chokshi’s New York Times article That Wasn’t Mark Twain: How a Misquotation Is Born.

Misquotes are just a small slice of an enormous bank of online misinformation (Dictionary.com’s 2018 word of the year). For educators, I think the year has brought a greater awareness that we all need to be media literacy teachers, no matter what grade levels or subject areas we teach.

I started the year by organizing resources in my Media Literacy in a Post-Truth Era site. (Note: post truth was the 2016 Oxford Dictionary word of the year.) Several months ago, I began gathering resources on a possible misinformation trend that emerged in 2017 and continued to spread throughout 2018: deepfakes. Like any technology, deepfakes can be used for good or for ill. Computer scientist Supasorn Suwajanakorn explains in the TED Talk below how a deepfake is created — “and the steps being taken to fight against its misuse.”

We all need to get into the habit of “putting on our skepticals” (and a few other tips from BrainPop’s Tim and Moby) and recognize when to check if a person really said the words we’re hearing in a video.

I’m ending the year with the realization that actually “a lie can travel halfway around the world while the truth is still putting its shoes on.”  Jonathan Swift (sort of)

Over a holiday meal, I listened to an example of a low-tech misinformation story. Last summer, my daughter traveled to Fergus Falls, Minnesota, with her boyfriend to attend his cousin’s wedding. Two weeks ago, the cousin, Michele Anderson, made national and international news: The Relotius Scandal Reaches a Small Town in America. Michele and fellow Fergus Falls resident John Krohn fact checked Claas Relotius, the DER SPIEGEL journalist who published a “tendentious, malicious portrait of the small, rural town. The reporting contained so many falsehoods that Anderson and Krohn limited themselves to citing just the ‘”top 11 most absurd lies.”‘

We all need to be fact checkers, willing to challenge and confront the spread of misinformation.

High on my list of 2019 resolutions is a commitment to curate, create and share innovative media literacy resources, best practices, and lessons. I hope you will join me. 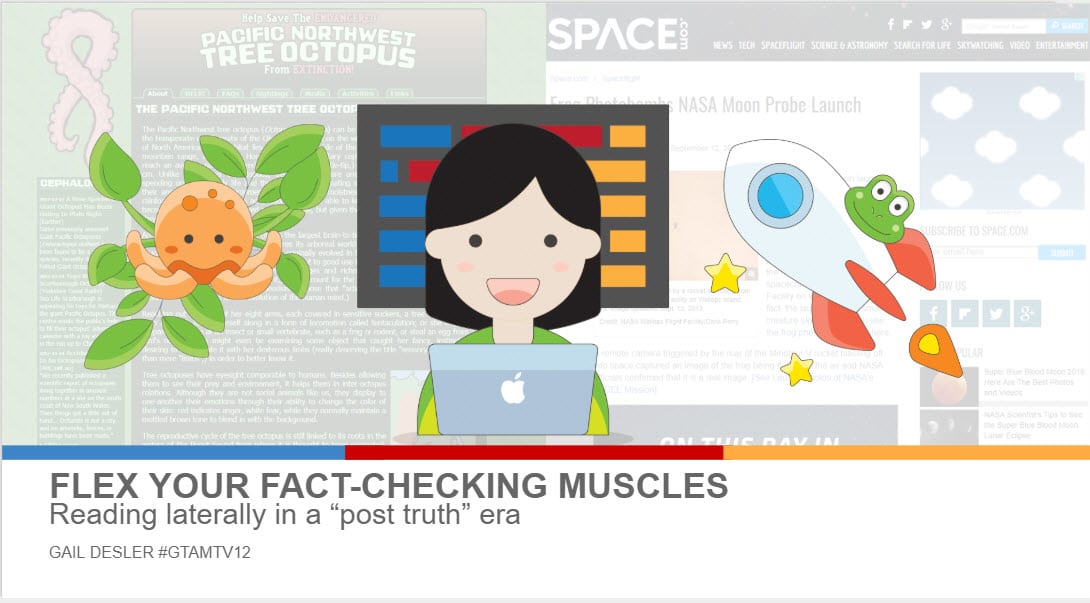