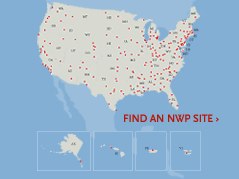 If you’re looking for filmmaking venues for you and your students, here are some sites I think you’ll want to checkout:

I first learned of the Bay Area Writing Project when my daughter was in 2nd grade at Rooftop Elementary School in San Francisco. At a PTA meeting, teachers enthusiastically shared how a summer institute across the bay had completely changed the way they would be delivering writing curriculum to their students.

And I remember my daughter coming home with her writer’s notebook and talking about “sloppy copy” and “author’s chair” and, just, well, wanting to talk about her writing.

We moved the following year out of the Bay Area and up to the Sierra foothills, where I eventually fell into a teaching job at my daughter’s school – and where I learned about the Area 3 Writing Project, the Sacramento region’s counterpart to the BAWP. I had the good fortune in 1995 to attend the A3WP Summer Institute.  Like the Rooftop teachers, I began the next school year with a commitment to bring out the writer in every student.

It’s easy to make commitments like the above when you know you can count on the support of the amazing Writing Project network.  For example, checkout what I found this morning while browsing the National Writing Project website: Literacy, ELL, and Digital Storytelling: 21st Century Learning in Action. I’ve had the pleasure of attending Clifford Lee’s Digital Stoytelling session live during an NWP conference. But now, thanks to a collaborative effort between the BAWP, NWP, and the Pearson Foundation, Cliff’s wonderful immigration project is online.  This video is but one of the many resources posted to the site, providing the scaffolding for teachers thinking about structuring an immigration project – or any kind of documentary project.

What a gift to have 24/7 access to best practices for digital storytelling from teachers like Clifford Lee and his colleague Yumi Matsui!

I love it when a city unites to celebrate the accomplishments of a group of students – especially when those students have overcome the odds to reach a goal. And so it was on Tuesday when the City of Sacramento cheered on Grant High School’s Pacers, the underdogs who had just defeated Long Beach Poly High at the state football championships, as they set out on their victory parade from Del Paso Heights to City Hall where our newly elected Mayor Kevin Johnson presented the team with the keys to the city. 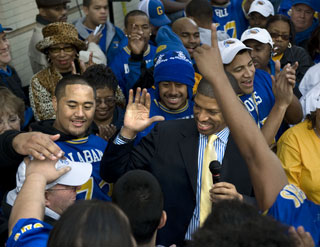 While probably less than 20 miles from Grant High School to downtown Sacramento, the distance traveled is more than just miles when you consider the high dropout rates, the gang-related violence, and extreme poverty levels this group of student atheletes has clearly not allowed to stand in their way.

Now that Grant High School is in the limelight for its sports accomplishments, I would also like the public – especially Mayor Johnson and his frequent advisor Michelle Rhee – to know about a group of English/Language Arts teachers, whose passion for teaching and dedication to providing Grant students with an achievable and academically rigorous program may have a subtle but more important impact. While I am sure Grant has similar groups of remarkable teachers across the disciplines, I know this particular group first-hand through their inspiring leadership at the Area 3 Writing Project (part of the National Writing Project). Year after year, they share at a regional, statewide, and national level, lessons and strategies that have made the California High School Exit Exam (CAHSEE) attainable for “at risk” students.

But this group has also vowed to provide all students with the background, scaffolding, and requirements that will move them considerably past the CAHSEE and prepare them for the level of academic writing required to succeed at the university level. Each year, through the A3WP and California Writing Project, this team of teachers guides participating teachers through the highly successful ISAW program.

With Arne Duncan, Michelle Rhee, and others in top educational positions promising “to shake up education” and advocating merit pay for teachers , I suspect – and I certainly can understand why – a number of effective teachers, for monetary reasons, will transfer to wealthier school districts. But the Writing Project teachers at the heart and soul of Grant High School’s English Department, well…I hope not.