“I was born on a mountain.

I tell my story to my daughter.

I tell her write it down.

I want her know how hard I work.”

Last week, I joined a group of Laotian refugees on the west steps of Sacramento’s Capitol building. We were there to march for CA Assembly Bill 1393. 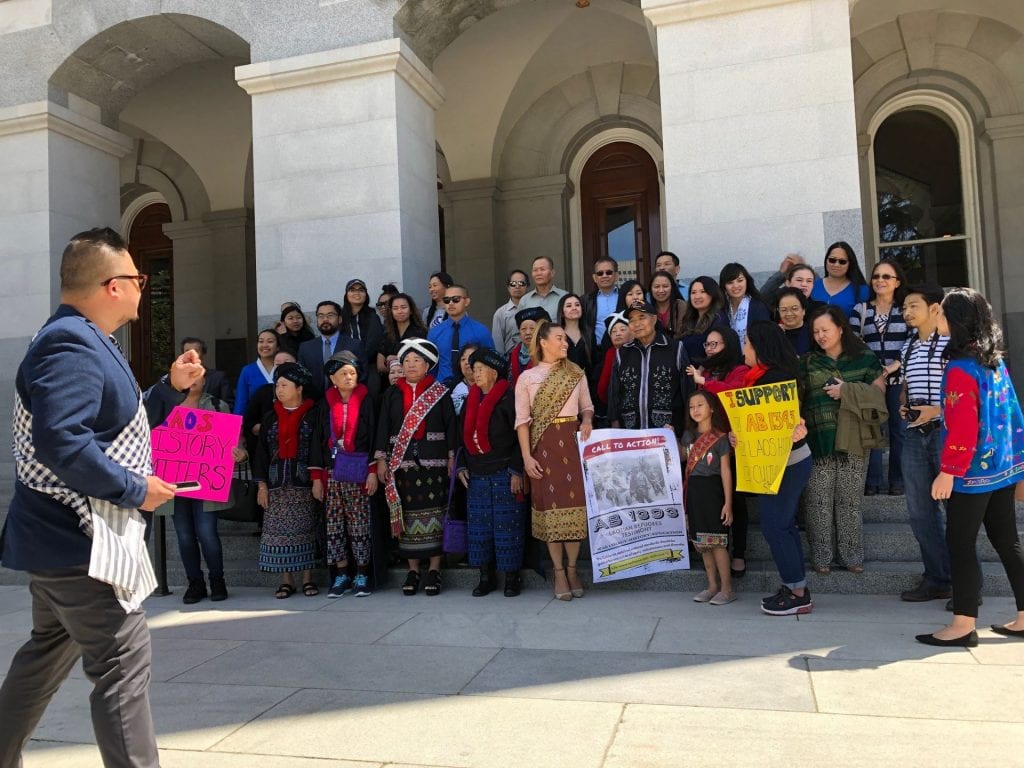 A year ago, California legislature unanimously passed and signed into law SB 895 (Nguyen), a bill mandating the inclusion of the “Vietnamese refugee experience, the Cambodian genocide, and Hmong history and cultural studies in pupil instructions.”

The Hmong are the largest Laotian ethnic group to emigrate to the United States. But they are not the only ethnic group. SB 895 is missing other groups, such as the Lao, Iu Mien, Khmu, Phutai, Tai Lue, Tai Dam, and Tai Deng, who, like the Hmong, also supported American troops during the Vietnam War. Assembly Members Shirley Weber and Joaquin Arambula have addressed this oversight by introducing AB 1393. The bill would require the state’s Instructional Quality Commission, which develops and recommends curricula to the state Board of Education, to develop a curriculum that includes the history of Laotian refugees.

In my school district, we have almost as many Iu Mien students as Hmong, along with a significant number of Lao. I’m proud that my district recognizes the importance of documenting their stories of coming to America, starting with the role they played in the “Secret War in Laos,” a little known chapter of the Vietnam War. Thanks to district support, and in partnership with the Sacramento Educational Cable Consortium (SECC), I’ve had the privilege of co-directing our Time of Remembrance Oral Histories Project and expanding it to include a growing archive of Hmong and Iu Mien interviews (with more Lao and Cambodian interviews to come).

When I arrived at the capitol at noon on Wednesday, organizers Khonepeth Lily Liemthongsamout and Pida Kongphouthone gathered us together for some photo opps and then went over the plan for the afternoon. Pida talked briefly about the importance of this event as an opportunity to communicate why Laotian Americans are part of the American fabric. Lily added that the process of advocating for the bill would probably take the rest of the day. 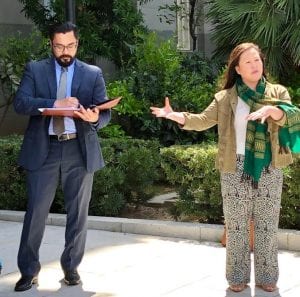 We entered the Capitol with the possibility that we would be there till 5:30 pm. That was not the case. As we made our way through the crowded hallways to the doors of the Assembly Chamber, the news arrived that AB 1393 had just passed the Assembly Committee and would soon be moving onto the floor for a vote, as early as next week. Approximately 15 minutes later, we exited the building with lots of smiles, handshakes, and more photo opps. 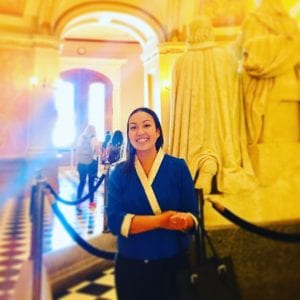 A highlight of the event was time I spent with Christie Jackson, a Lao-American teacher in my district,  getting to hear about the trip to Laos she and her father will be taking in February. This will be her first time to Laos and her father’s first time back since the war. He joined the U.S. Forces as a child soldier. He survived not only the war, but also the challenging times after the U.S. pulled out. Christie and her dad will visit his village and then retrace his escape journey through the jungles and across the Mekong River to the refugee camp in Thailand, where he stayed until coming to America.

I should probably mention that I was actually the only non-Asian who came to support AB 1393. As I was leaving the Capitol, one of the women reached out to me and gave me a hug. Her English was limited, but she thanked me for my support. The hug spoke volumes. 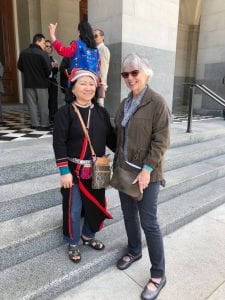 I thought of her this morning, when I stopped by a booth at the Folsom Farmers Market, run by a young woman and her mother, to buy strawberries. When I asked the daughter if they were Iu Mien (based on the last name listed on their banner), her face lit up as she shared how much it meant to her that I even knew who the Iu Mien were. When I told her about AB 1393, she said how much she would value her children learning about their history, something she had never read about or heard mentioned in her school years.

Her mother then spoke up. In four sentences (listed at the start of this post), she confirmed the rationale laid out in AB 1393 for documenting the first-hand accounts of those who witnessed and survived the Secret War in Laos. Through these oral histories, our students will have access to the “complete and accurate history of the Vietnam War.” 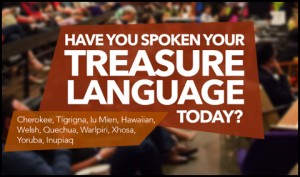