A local TV station kicked off the Veterans Day weekend with a showing of Tora! Tora! Tora! With an all-star cast, I certainly do not question why this 1970’s portrayal of the bombing of Pearl Harbor deserves recognition as an American classic. A number of lines from the movie, however, reminded me of the importance of providing students with access to a broad collection of primary sources for learning about World War II.

It is often through snippets of first-hand accounts of a historical event, that students begin to question information – such as the accounts provided by textbooks. As I listened to one of the American officers in Tora! Tora! Tora! explain that the real danger was the hundreds of Japanese living in Hawaii, I thought about a government propaganda clip, Japanese Relocation, that explained (justified) the need to remove thousands of U.S. citizens of Japanese heritage from the West Coast. This government clip provides insight into the political climate of the war years.

But history is all about who is telling the story.  In working on the Time of Remembrance Oral Histories Project, a project I’ve been involved in for that last six years, I find that with each new interview, my understanding of the internment experience deepens, as does my appreciation for war time complexities.

I recently added ten new interviews to the Time of Remembrance collection. Each story is a reminder of what can happen if we allow the loss of rights to any group of people to go unchallenged. Each story is also a reminder that history happens one story at a time.

The additions to the  Interview Archives include first-hand accounts from:

Over the next few weeks, I’ll also be uploading a set of powerful lessons created by 12 teachers in my district.  This incredibly talented panel is making available to you grade-level (grades 5-12), standards-aligned lessons that weave in the TOR interview segments. You are free to download, share, and tweak these lessons in anyway that works best for you and your students.

It is my hope that the primary sources provided through the Time of Remembrance site will engage students in “doing history” as opposed to just “studying history.”  Whatever the historical event, all students should have opportunities to construct knowledge and exam differing points of view, and, in the process, gain a sense of what it was like to live through events from the past. The Common Core State Standards support the integration of primary sources into the curriculum because reading through first-hand accounts of any event invites the development of critical thinking and helps students to “distinguish among fact, opinion, and reasoned judgment in a text.”

As for Tora! Tora! Tora!, it just seems that 70 years later, a movie trailer might be appropriate – one that makes clear that actually not a single Japanese-American citizen was ever found guilty of espionage or traitorous activities. 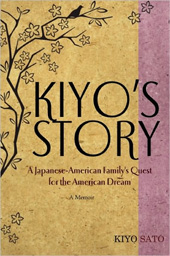 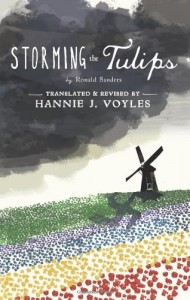 I’m packing my overnight bag for a weekend excursion to the Owens Valley, to visit Manzanar, a former WWII  internment camp for citizens of Japanese heritage. I’ll be traveling with California State University, Sacramento, professor Wayne Mayeda, a group of former internees, students from CSUS,  and a team of teachers from my district.

Our journey commemorates an injustice that began during the spring of 1942, in an act that denied thousands of citizens of their constitutional rights when the U.S. government rounded up the entire West Coast Japanese American community and “relocated” them to mass incarceration camps.

The very talented videographer Doug Niva will be joining me for the trip.  Our goal is to interview those who experienced – or witnessed – first hand the internment experience at Manzanar. We will be adding those primary accounts and reflections to our growing Time of Remembrance website.

So if you teach about Japanese internment and have something in particular you’d like me to research during our whirlwind weekend, please let me know.