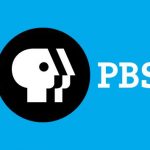 My school district is in south Sacramento, an area that includes the hidden neighborhood of Florin. By “hidden” I mean it’s wedged between the two booming cities of Sacramento and Elk Grove, yet little, if any, construction or restoration is happening in Florin. Vacancy rates are high, with many buildings in disrepair and no longer habitable. Florin does not even have a post office or its own zip code. But hidden neighborhoods have hidden histories and stories. 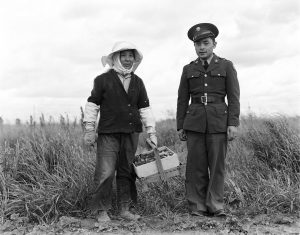 Before World War II, Florin was known as the “strawberry capital of the West Coast” and was home to a small community of Japanese Americans, who farmed the strawberry fields, often two generations, or even three, working the fields together: Issei, Nisei, and Sansei. In the weeks following the bombing of Pearl Harbor, all persons of Japanese heritage were removed from the West Coast, virtually changing overnight and forever the history of Florin. Few would return to reclaim their farms or businesses. 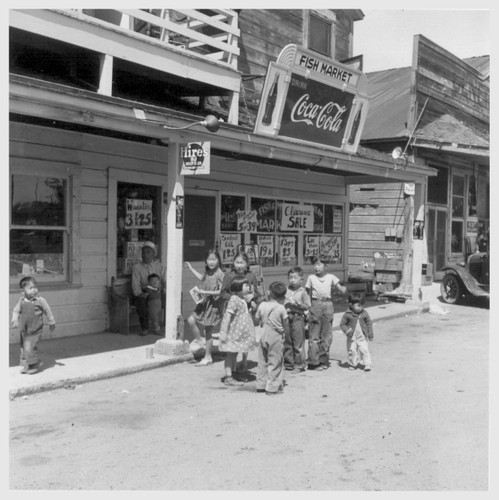 Thanks to the support of Bob Fletcher, a Caucasian neighbor/upstander who looked after their farm and paid their property taxes, Al and Mary Tsukamoto and their young daughter Marielle returned to their Florin farm.

Over the past 15 years, through my friendship with Marielle, I have had the privilege of learning about the internment years and their impact on the Florin community. With the reality that each year there are fewer WWII survivors left to tell their stories – and with the support of my district and the Sacramento Educational Cable Consortium (SECC), we began the Time of Remembrance Oral Histories Project (TOR). The 16-minute video below will introduce you to a number of our interviewees (including Marielle), provide you with a quick tour of Manzanar, and remind you what can happen when a nation fails to uphold the Constitutional rights guaranteed to all citizens.

Today the strawberry farms of the Florin-Elk Grove region are farmed primarily by Hmong and Mien families, refugees from a hidden chapter of the Vietnam War: the Secret War in Laos. During the Vietnam War and amid fears that Communism was spreading from North Vietnam into Laos, the United States sent the Central Intelligence Agency (CIA) into Laos to disrupt the spread. Over 40,000 Hmong and Mien were covertly recruited to fight in the Secret War. It was the largest CIA operation ever undertaken. Hundreds of thousands of Laotian civilians were killed in the fighting or in retaliation for their support of American troops. As typically happens with refugee or immigrant families, the parents may arrive not speaking English. The children often put much energy into assimilating into their new homeland and communities – and consciously separating themselves from their native language and culture. Once again, hidden histories from Florin-Elk Grove neighborhoods, those not included in history books, could disappear if we do not document them.

Thanks again to the support of my district and our partnership with SECC, Kathleen Watt (TOR co-director) and I have produced a short documentary to introduce you to our newest Time of Remembrance section: The Vietnam War.

In addition to preserving the hidden histories of the Florin-Elk Grove region, we also want to build an archive of primary source documents and accompanying curriculum that teachers can bring into their classrooms. Even if adopted textbooks do not include or reference the Secret War in Laos, or include stories from the Hmong and Mien cultures, teachers can address that void by using the growing TOR resources. For a second grade unit on folk tales, for instance, teachers can introduce our Forbidden Treasure hyperdoc lesson, which features a folktale from local author See Lor and even includes a snippet of See reading her favorite passage.

We are currently seeking more Secret War resources for secondary grades. Kathleen and I looked forward with much anticipation to the recent airing of Ken Burns 10-part documentary on the Vietnam War. We wondered if he would be including a section on the Secret War. He did not.

But we have some exciting news: Adding to their long, long list of outstanding documentaries, PBS has added two recent documentaries: The Hmong and the Secret War and America’s Secret War: Minnesota Remembers Vietnam.

We were thrilled to see independent researcher and historian Tua Vang (whom we have interviewed for TOR) and author Gail Morrison (whom we met during her CSU Sacramento presentation) both featured in The Hmong and the Secret War documentary. We are also thrilled to have two more powerful resources to add to our Vietnam War section.

A shoutout to PBS for continuing to delve into tough topics and to create invaluable classroom resources that make hidden or undertold chapters in history accessible to teachers and students. Last month I blogged about the amazing PBS series directed by Anne Curry: We’ll Meet Again,  which featured Reiko Nagumo’s painful memories of her family’s removal from their home – and Mary Frances, the childhood friend who crossed the playground to stand up for her. Next month, as part of the Crossing Lines Seminar, in addition to the above-mentioned documentaries, I will also be sharing/showcasing PBS’s: Defying the Nazis: Sharps’ War, Violins of Hope: Strings of the Holocaust, Children of the Camps, The War at Home, and Ghosts of Rwanda.

I cannot think of a more valuable resource for helping all of us, young and old, understand the causes and impact, whether hidden or front page news, of major world and national events. With almost 50 years of bringing high-quality programs into our homes, PBS – and my local KVIE – are treasures. #ILovePBS #ILoveKVIE